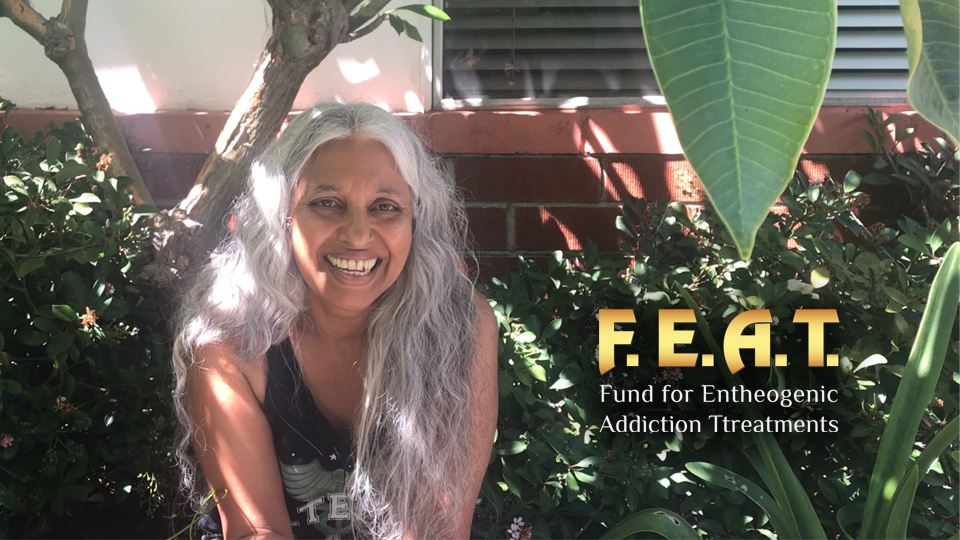 Four years ago I set out to make a documentary called Iboga Saves about the entheogenic root bark extract ibogaine and its miraculous effect on hard addictions.

I joined forces with co-producer Eric Thiermann of Impact Creative. We raised an initial round of crowdfunding, just under $20k enough to get around 40-50 hours of footage.

We filmed dozens of people, in NYC, Colorado, Tijuana, and Santa Cruz, some who had taken ibogaine and others who desperately wanted to but couldn’t afford the treatment, or the foreign travel costs, or just didn’t know where to go.

The lament I heard most often was “I can’t afford it.”

The reason many can’t afford this amazing medicine, which in one 24-36 hour flood-dose treatment interrupts opioid addiction without any withdrawals is because Ibogaine is mistakenly and intentionally labelled a Schedule One drug “with no medicinal value” and a “high potential for recreational abuse.” Both claims are absurd on their face, as ibogaine has been shown for decades to have great medicinal value and cannot be used recreationally.

Ibogaine is a powerful medicine that needs to be administered with medical supervision and monitoring of vitals, because it slows down the QT interval between heartbeats during the active phase of the experience. According to Dr. Jeffrey Kamlet, Medical advisor for FEAT and board certified in addiction medicine, it IS possible to mitigate the cardiac risks with the proper protocols, which he himself has administered 1800 times with safety and efficacy.

The ibogaine “industry” has been for years an unregulated frontier, with people setting up shop in houses in Tijuana or other parts of Mexico, Portugal, Amsterdam, South Africa, and of course underground. After an ibogaine rebirth, one often gets an evangelical zeal about spreading the word and helping one’s friends, and many reformed addicts have opened ibogaine clinics in this zeal only to relapse into drug addiction again (while running an ibogaine clinic) because they did not have access to an integration process which is necessary for true redemption of one’s life. You need to change actual life environments and habits, not just the drug habit, but everything else that came in its train– for some, lying, cheating, stealing, dealing, and worse. It takes courage, honesty, a framework, and community, which is what we offer on our social impact platform at Awake.net.

Why has ibogaine remained illegal for so long if it is such a miraculous medicine for addiction you might ask.

The short answer is  because the “incurable” disease of addiction, addiction treatment, rehab, and the inefficacy of the methods makes for a great business model and is a multi-billion dollar business, while a plant medicine that can interrupt addiction in a single treatment is not. There is absolutely no motivation to change the system on the part of big pharma or the healthcare industry as things stand and any change in legislation from the psychedelic renaissance currently underway will take years if not decades to actualize.

And that’s why we created the FEAT program.

FEAT is a 501c3 non-profit charitable fund created by Awake.net designed to administer ibogaine or other entheogenic treatment grants and guidance to individuals seeking to heal opioid and other hard addictions, trauma, mood disorders, suicidal ideation, meaninglessness and more. We provide grants up to $8K that can be applied towards ibogaine, ketamine, ayahuasca, and other entheogenic treatments as appropriate. We also offer ongoing integration support through our social network on Awake.net, a nine-month program Change Your Character, the Awake Circles weekly online support group, an ongoing educational blog series, and a global Directory of Mentors and Masters in preparation, treatment and navigation, and integration.

Learn more at the Ibogaine for the World Free Conference Sept 8-10, 2022