What is Iboga and Ibogaine? 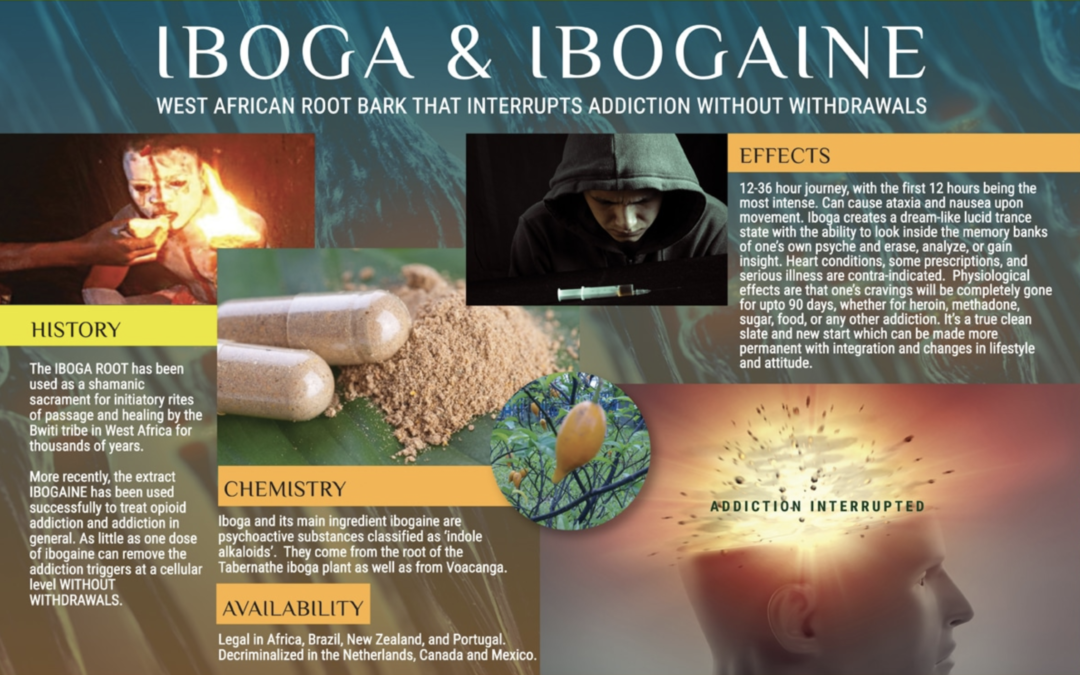 Ibogaine is a medicinal extract that can be obtained from the root of the Iboga Tabernathe shrub native to West Africa and the Voacanga plant bark. Legend has it that it’s properties were discovered by a Pygmy couple who killed and then cooked a porcupine that had just eaten iboga and subsequently got very high from its flesh, and that was how its shamanic properties were discovered. The Pygmies passed it on to the Bwiti tribe in Gabon who have been using the root bark as a part of their rite of passage into adulthood for centuries. Its action on addiction was discovered in 1962 by Howard Lotsoff, a 19-year-old drug addict in New York City with the reputation of being someone who would “try anything.” A couple days after he took ibogaine, he noticed that his craving for heroin was gone. After this turning point, Lotsoff tried for decades to make ibogaine a legitimate medicine for addiction and helped to spread the word about it to the mainstream, but it remains a Schedule 1 substance in the US and not legally available to the public.